Coffee is a drink loved by many around the world.  From cappuccinos and espressos to lattes and pour-overs, there’s many ways to brew and enjoy this beverage.

Back in the day, brewing this beverage was left to baristas, since they were the only ones with the knowledge of how to do so. However, thanks to domestic machines that now have their place in home kitchens everywhere, basically anyone can brew a delicious batch in the comfort of their cozy pajamas. 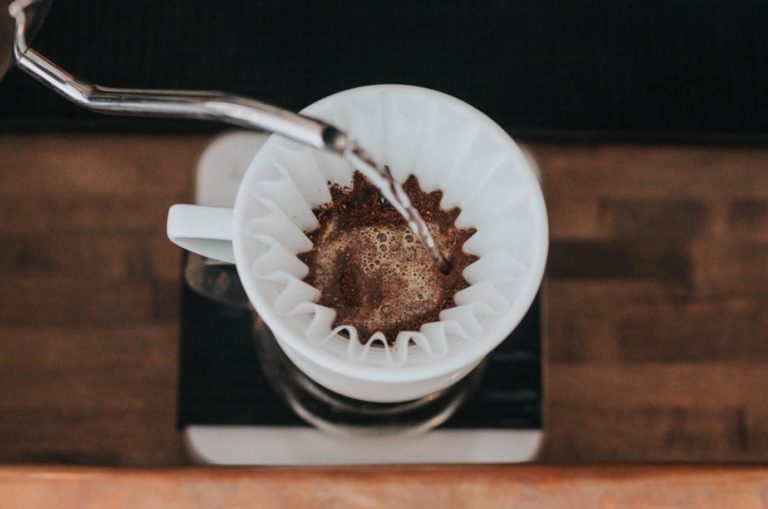 Of course, there’s many ways to make beautiful cups of coffee and tons of condiments and flavors you can add to produce a variety of drink recipes. Out of all the comparisons that have popped up, though, probably one of the most controversial is the french press vs drip coffee maker debate.

In differing applications, both of these devices are very useful. The machine that best suits someone wanting to make a great cup of joe really depends on their lifestyle and flavor preferences.

When it comes to brewing, most Americans are very familiar with drip coffee makers. From office conference rooms and teacher’s lounges to home kitchens and gas stations everywhere, a drip coffee maker is most likely the machine you’ll find. In fact, there’s many people in America who have never seen or heard of a french press, unlike those who live in European places.

Surprisingly enough, French Presses aren’t actually of French origin. Actually, this machine was invented and patented in Italy back in 1929. After its inception, its popularity spread like wildfire all over Europe and then later on in America.

Coffee enthusiasts swear up and down that the best cups are produced by a simple French Press. And yes, the device itself is very simple. Consisting of a steel or glass beaker, handle, mesh metal filter near the top, and a steel lid with a plunger, this device only needs a push in order to provide you with the delicious caffeinated (or decaf) beverage you’re after.

To use this machine, you only have to place the ground coffee in the beaker compartment, steep it with hot water, then press upon the plunger slowly. This process separates your ground beans from the liquid that will end up in your final mug.

Advantages of Using a French Press

The benefits of a french press in your home kitchen are many.

One of the biggest advantages of brewing coffee this way is that users are given more freedom to tailor the beverage to their own taste. This is accomplished by varying the duration of the steeping process, the size and type of grounds being used, water temperature and other factors.

A common consensus among coffee connoisseurs is that the essential oils within the beans are what give its high quality flavors. Because french press machines don’t use filters like the ones used by drip machines, the flavors remain intact. Note, though, that for best results, it’s ideal to grind your own coffee beans. Keep in mind that the more finely ground, the more bitter the taste. Alternatively, coarse grinds achieve less bitter batches.

It’s also a good idea to note the aspect of portability when considering devices for french press coffee vs drip machines. Because french presses do not require electricity to work their magic, you can easily take one along for a weekend camping trip or other getaway without having to worry about pesky cords or finding outlets.

As you now know, making your morning mug-fulls with a french press certainly has its benefits. However, there are some areas where drip machines are more advantageous. It’s worth thinking about these factors when deciding between french press vs drip coffee.

For example, due to the increased manual operations involved in using a french press, brewing a cup with this device will take more time than using an automatic drip machine. Additionally, french press users need to keep in mind factors like water temperature and the speed at which they press the plunger in order to ensure their coffee results in a way that meets their preferences.

Alternatively, coffee lovers who simply want a good, hearty mug of coffee without thinking too much about the process when they’re half-asleep in the mornings would do better with opting for a drip coffee maker.

Plus, when thinking about french press vs drip, don’t forget to consider the fact that most french press users will have to experiment with coffee-making until they make a cup they really like whereas those who use drip makers will always produce the same hearty batches with unvarying flavors, no matter what.

Finally, it is much easier to produce larger volumes of coffee when utilizing automatic drip machines as opposed to french press devices that are better suited for single servings.

So, is french press coffee better than drip coffee?

Well, at the end of the day, the coffee machine you’ll end up preferring really depends on you. Aspects like your individual taste and even your life habits can factor into the equation. Also, keep in mind, you’re absolutely allowed to love both – you don’t have to choose just one!